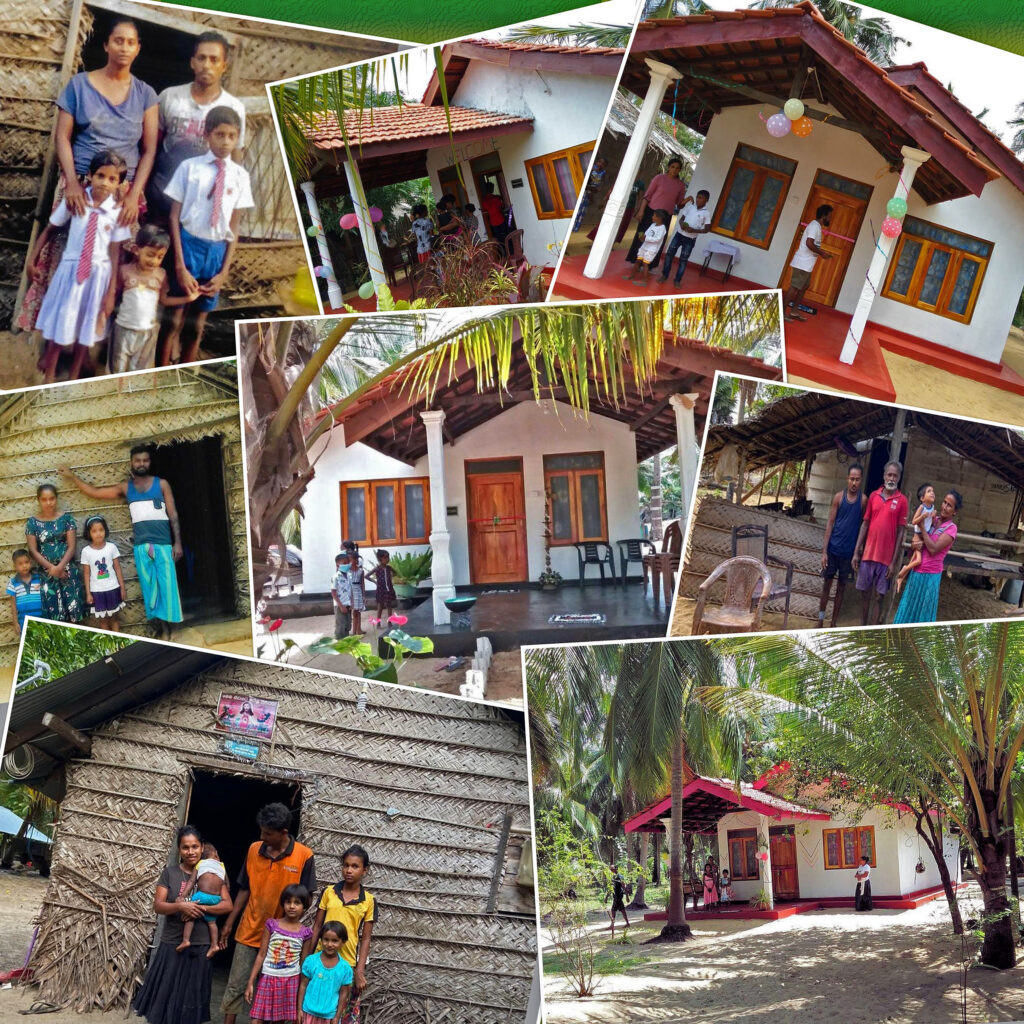 We received an email from Fr Dilan on the second of October, forwarding the above letter from Sr Shamani and asking for help. The request was circulated by Jeremy to his list of contacts, and an overwhelming response resulted in a total of nine donors stepping up to help Geetha. The appeal was finalized on the 14th of October when the first donor to help, came back with a second and substantial donation to finalize the appeal. The total funds ($5,800.00) were transferred to Fr Dilan on the 14th of October and the foundation stone was laid on the 21st of October. Thank you very much to all who donated. 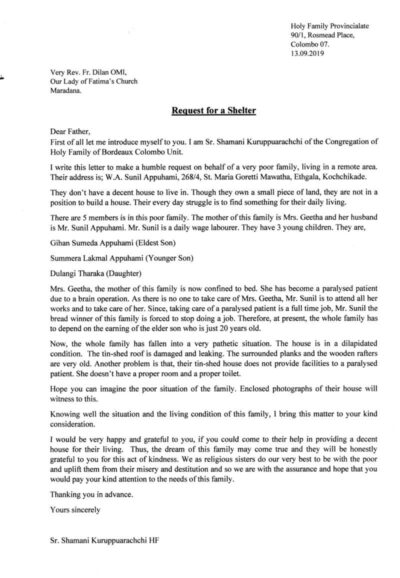